Let me start with a fact: Every function returns a value when called.

Well, I don't know about you, but I was surprised to know about it in the first place!

Let's see an example to prove my point: 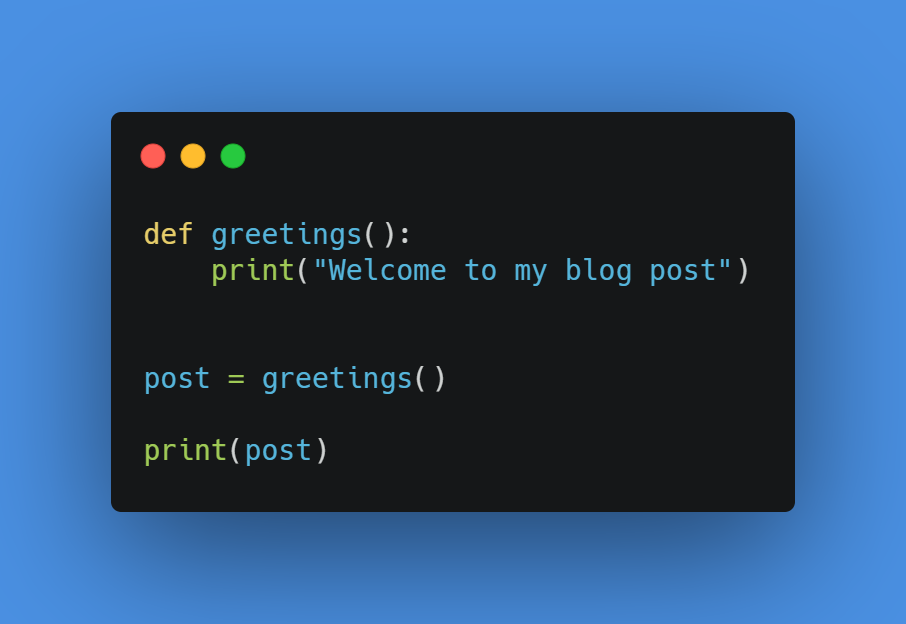 Did you see that? When I called the function, it has returned the special type None. The variable post stores it and prints it out in the second line.

Now, we can explicitly return a value from a function by using the return keyword.

As you can see in this example, we have given an expression which returns the product of given two numbers. 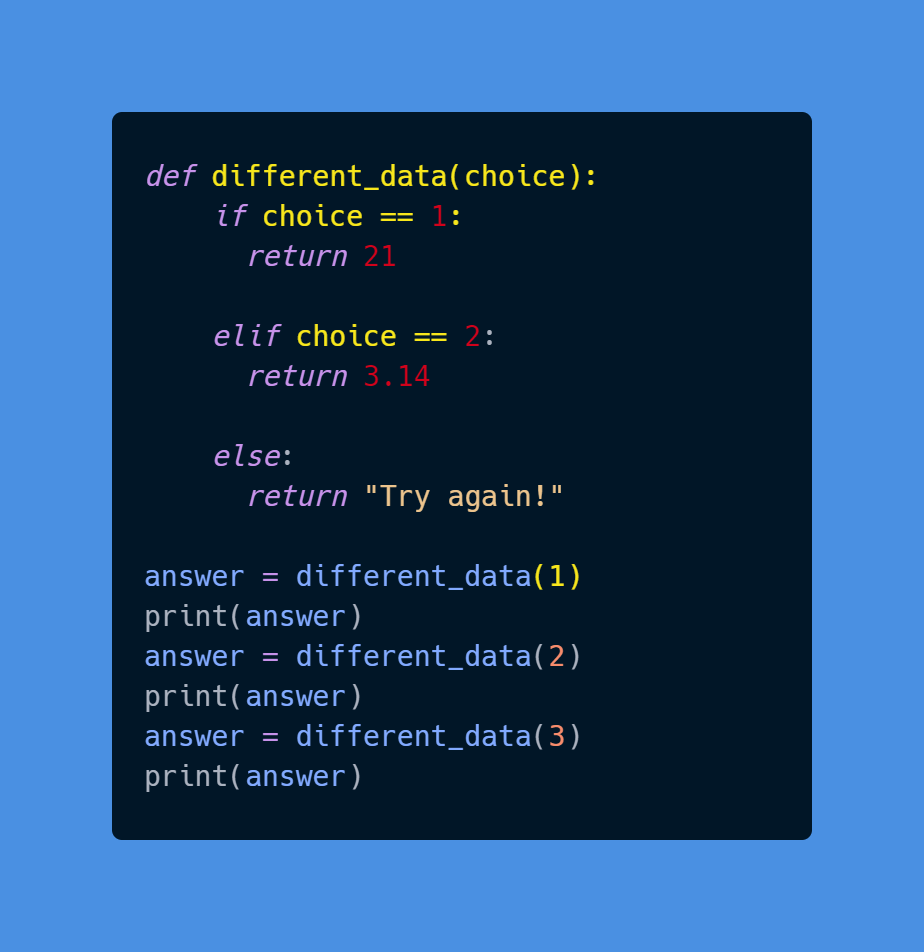 Here, an explicit value is specified in multiple return statements. 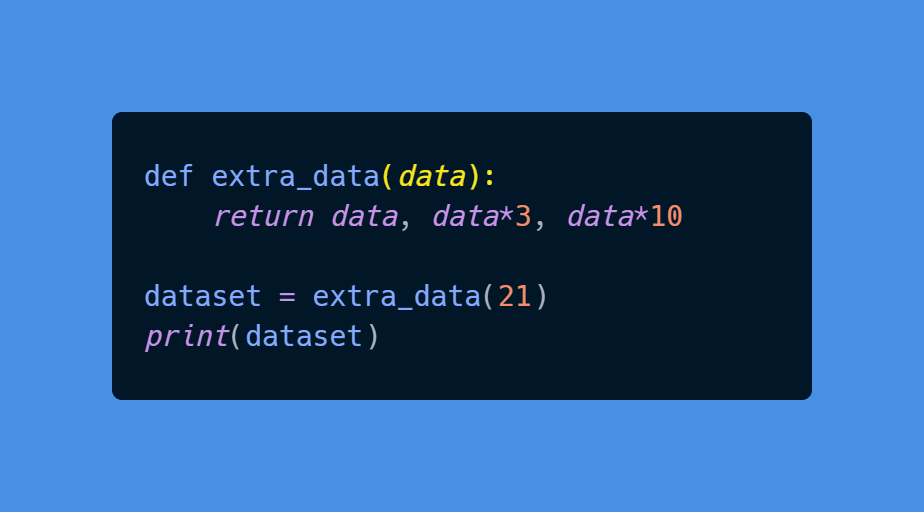 This example returns dynamic values in a tuple based on the given argument.

Code along and have fun.